"I smoke in moderation. Only one cigar at a time." - Mark Twain

"...I promised myself that if I ever I had some money that I would savor a cigar each day after lunch and dinner. This is the only resolution of my youth that I have kept, and the only realized ambition which has not brought disillusion." -- Somerset Maugham "Smoking has a sedative effect upon the nerves, and enables a man to bear the sorrows of his life (of which everyone has his share) not only decently, but dignifiedly." -- George Burrow

"I never can understand how anyone can not smoke it deprives a man of the best part of life. With a good cigar in his mouth a man is perfectly safe, nothing can touch him, literally." - Thomas Mann

A good cigar is like a beautiful chick with a great body who also knows the American League box scores. ~M*A*S*H, Klinger, "Bug-Out," 1976

"I drink a great deal. I sleep a little, and I smoke cigar after cigar. That is why I am in two-hundred-percent form.", Winston Churchill 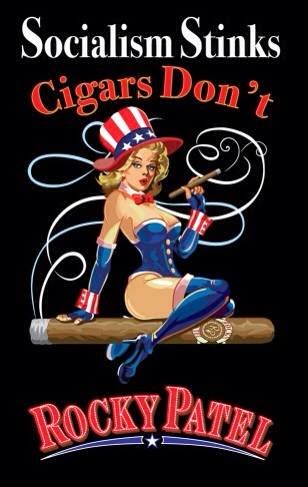 It has been my experience that folks who have no vices, have very few virtues." -- Abraham Lincoln

"If smoking is not allowed in heaven, I shall not go.", Mark Twain

"There are two things worth living for, one is a good cigar, the other is a better one." - Unknown

" I don't trust air I can't see" - Gene Hackman in Crimson Tide, smoking a cigar on a submarine.

"I've got a great cigar collection - it's actually not a collection, because that would imply I wasn't going to smoke every last one of 'em." - Ron White

"A cigar is as good as memories that you have when you smoked it." - Raul Julia

"To fully appreciate fine cigars, it's important to recognize the various types of cigars. There are two basic categories of cigar. The lit and unlit." -- P. Martin Shoemaker

“There are five things, above all else, that make life worth living: a good relationship with God, a good woman, good health, good friends, and a good cigar." -Prince Sined Yar Maharg

"A wisely chosen cigar to me, is like a weapon against certain of life's torments, in some mysterious way, a little blue smoke chases them away." -Zino Davidoff

"They had no good cigars there, my lord; and I left the place in disgust." - Alfred Lord Tennyson

"Ah, if only I had brought a cigar with me! This would have established my identity."- Charles Dickens 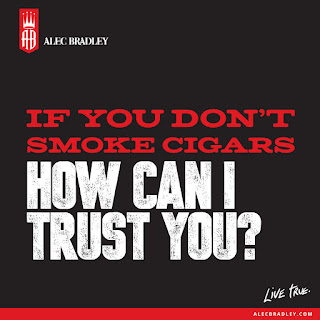 "Cuba imports cigars from him." - The World's Most Interesting Man, Dos Equis Commercial

"Given the choice between a woman and a cigar, I will always choose the cigar." Groucho Marx

"A fine cigar is the essence of life. The tobacco plant comes from the earth, from which we ourselves were created. Like ourselves, each leaf grows and is nurtured individually, acquiring its own characteristics, and is then graded, sorted, and matured according to their special abilities. As tobacco comes to its graduation in the making of cigars, as with the making of adults, some is left on the cutting room table and become ordinary, run-of-the-mill products. Some graduate into leadership and areas of responsibility, but a few achieve greatness, and even a touch of immortality." -Prince Sined Yar Maharg

"When I stopped smoking cigars it was the biggest mistake I made in my life. So my resolution for '98 is I'm going to start smoking cigars again. I gave them up about a year and a half ago, and I now realize that it may have been my one last fun, interesting thing to do." -David Letterman 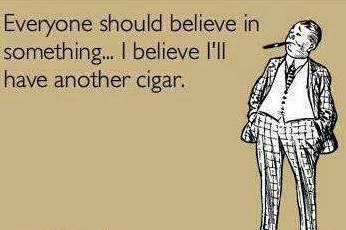 In the early days of World War II, Winston Churchill received a message from the manager of Dunhill, whose shop had just been bombed: "Your cigars are safe, Sir."

"What I like most about cigars is simply sitting and talking with other men… Some of the best conversations I’ve ever had with men have been over a cigar.” - Jim Belushi

"The day after God created great cognac He realized He'd only done half the job and so He created great cigars. Then, He knew it was better than good. And it was the evening and morning of the eighth day." - The novel Jack in the Box by John Weisman

“Any man who doesn't partake in cigar smoking is nothing more than a weak-willed, meandering oaf, and I would never put my lips to those of any creature, man or beast, whose lips were not fresh awash in the currents of cigar smoke.’" – Catherine the Great

"I never smoked a cigar in my life until I was nine" - W.C. Fields 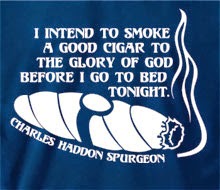 "The end of a good smoke is a little saddening. In some regard, it's a bit like losing a best friend who had time to sit and listen." - ZenWarrior

"If your wife doesn't like the aroma of your cigar, change your wife.", Zino Davidoff

"A cigar ought not to be smoked solely with the mouth, but with the hand, the eyes, and with the spirit." Zino Davidoff


(Text message from my I-phone:)
"Enjoying a Rocky Patel outside the Alamo" - Bdawg
"Nice.  I just enjoyed the same in Dallas on the golf course" - Frankie
"Why would you ruin a good cigar with golf?" - Bdawg

What this country needs is a good five-cent cigar!” – (Vice-president of Woodrow Wilson) Thomas Marshall

"Our country has plenty of five-cent cigars, but the trouble is they charge fifteen cents for them." -Will Rogers

"The best cigar in the world is the one you prefer to smoke on special occasions, enabling you to relax and enjoy that which gives you maximum pleasure." Zino Davidoff

"If a woman knows a man's preferences, including his preference in cigars, and if a man knows what a woman likes, they will be suitably armed to face one another."-- Colette

As an example to others, and not that I care for moderation myself, it has always been my rule never to smoke when asleep and never to refrain when awake. - Samuel Clements' 70th birthday speech

“If I paid ten dollars for a cigar, first I'd make love to it, then I'd smoke it." George Burns 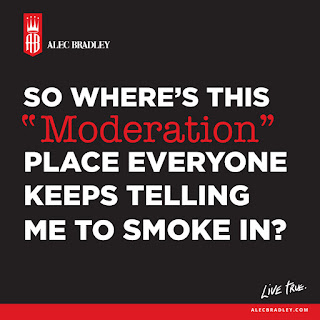 "Eating and sleeping are the only activities that should be allowed to interrupt a man's enjoyment of his cigar." - Mark Twain

"If I had taken my doctor's advice and quit smoking when he advised me to, I wouldn't have lived to go to his funeral." George Burns

"I didn't play at collecting. No cigar anywhere was safe from me." - Edward G. Robinson

"A Good Cuban Cigar closes the doors to the vulgarities of the world.” -Franz Liszt

"On a cold winter morning a cigar fortifies the soul."-- Stendhal

"Of all tyrannies, a tyranny excercised for the the good of it's victims may be the most oppressive... those who torment us for our own good will torment us without end , for they do so with the approval of their own conscience." - C.S. Lewis

“Happiness? A good cigar, a good meal, a good cigar and a good woman - or a bad woman; it depends on how much happiness you can handle.” George Burns

"While smoking a cigar, we are in the presence of eternity. The tobacco reminds us of the earth, from which it and we came. As with ourselves, the life of some cigars are short, while others last a while longer, but in the end all are consumed. But the smoke, ah, the smoke! The smoke drifts gently heavenward on its quest to combine with the great eternal oneness." -Prince Sined Yar Maharg

"Why pay $100 on a therapy session when you can spend $25 on a cigar? Whatever it is will come back; so what, smoke another one." -Raul Julia

“A woman is an occasional pleasure but a cigar is always a smoke.” Groucho Marx

“Fresh air makes me throw up. I can’t handle it. I’d rather be around three Denobili cigars blowing in my face all night.” – Frank Sinatra

"Cigar smoking by it's very nature is much more reflective than interactive." - Michael Douglas

"A woman is only a woman, but a good cigar is a Smoke." Rudyard Kipling

"Yes, social friend, I love thee well,
In learned doctor's spite;
Thy clouds all other clouds dispel
And lap me in delight."
~Charles Sprague, "To My Cigar"

"Cigars served me for precisely fifty years as protection and a weapon in the combat of life... I owe to the cigar a great intensification of my capacity to work and a facilitation of my self-control." - Sigmund Freud

"I'm looking forward to providing the men of Seattle with an evening where they can kick back, light up a cigar and enjoy a night to themselves. Women, we can't technically keep you out, but please stay at home." - Tom Leykis 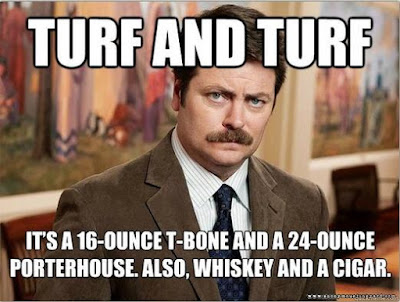 "The only thing better than a good cigar is ANOTHER good cigar." - Unknown

"Divine in hookas, glorious in a pipe
When tipp'd with amber, mellow, rich, and ripe;...
Yet thy true lovers more admire by far
Thy naked beauties - give me a cigar!"
~George Gordon, Lord Byron, The Island

"I think cigars are just a tremendous addition to the enjoyment of life." - Rush Limbaugh

"A cigar numbs sorrow and fills the solitary hours with a million gracious images." -- George Sand

“It's amazing how you can do without the necessities of life, provided you have the little luxuries.”  - Paris, while starting his cigar in the movie Pitch Black.

"Women are jealous of cigars... they regard them as a strong rival.", William Makepeace Thackeray, English Author

"Cigar smoking knows no politics. It's about the pursuit of pleasure, taste, and aroma.",Anonymous

"A good cigar is like tasting a good wine: you smell it, you taste it, you look at it, you feel it - you can even hear it. It satisfies all the senses." Anonymous

Top Ten Bill Clinton Tips For a Happy, Healthy Marriage #6. "If you must smoke cigars, get an actual humidor."  - The Late Show with David Letterman

"To smoke is human; to smoke cigars is divine.", Unknown

"I have never met a cigar smoker who wasn't a man of quality. I weight my words; Never." - Christophe Navarre

"My boy! Smoking is one of the greatest and cheapest enjoyments in life, and if you decide in advance not to smoke, I can only feel sorry for you." -- Sigmund Freud - to his young nephew, Harry, after he declined a cigar

"The most futile and disastrous day seems well spent when it is reviewed through the blue, fragrant smoke of a Havana Cigar." Evelen Waugh, English writer

"Any cigar smoker is friend, because I know how he feels." -- Alfred de Musset

"Cigarettes are for chain-smoking, cigars must be smoked one at a time, peaceably, with all the leisure in the world. Cigarettes are of the instant, cigars are for eternity." G. Cabera Infante, Cuban novelist

"Money can't buy happiness but it CAN buy cigars!" - unknown

"The only way to break a bad habit was to replace it with a better habit." Jack Nicholson, explaining why he switched from cigarettes to cigars

"Allah made tobacco grow to put a smile on thefaces of men." A Turkish proverb

"There's nothing quite like tobacco: it's the passion of decent folk, and whoever lives without tobacco doesn't deserve to live."- Moliere Don Juan

"Maybe it's like becoming one with the cigar. You lose yourself in it; everything fades away: your worries, your problems, your thoughts. They fade into the smoke, and the cigar and you are at peace."
Raul Julia

"I pledged myself to smoke but one cigar a day. I kept the cigar waiting until bedtime, then I had a luxurious time with it. But desire persecuted me every day and all day long. I found myself hunting for larger cigars...within the month my cigar had grown to such proportions I could have used it as a crutch." -- Mark Twain 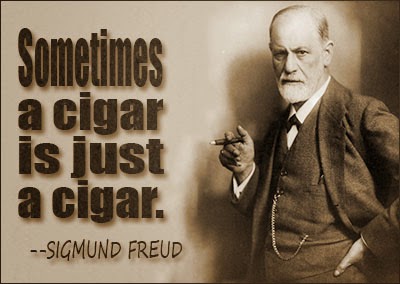 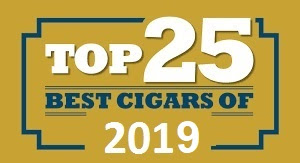 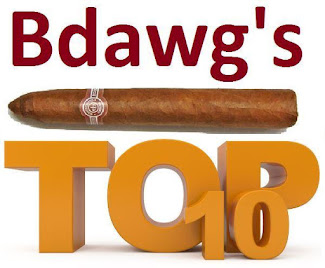